::Opinion instead of Oblivion:: 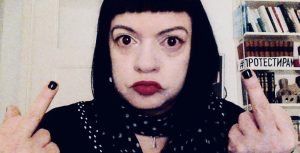 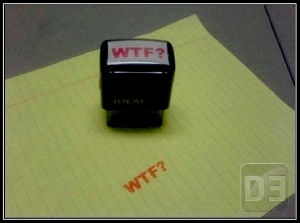 Of course, we are not surprised that the Ministry of Culture of Macedonia has not allocated funds to SlovoKult and to two other projects we wanted to bring together with the publishing house Kojot Koj:: Christian Kracht – Ich werde hier sein im Sonnenschein und im Schatten and Crauss – selected poems from the last 15 years

:: we are not state darlings, because we promote progressive artists and literary figures who have something to say and what they say is not appropriate or understandable to any state, not only to the Macedonian one. In Germany we are of no importance, as well, we are small and buried under the mass production of books and magazines. But we live.

In our contents, there are no compromises, no apple-polishers and no wanna-be-a writer or an artist, we have only high quality selected literary and artistic works – and above all – exchange between Macedonia, the Balkans and the German-language region! And we also try to have more content in English. We promote cultural internationalism, but the Ministry of (non)culture wants to force you to nationalism. The literary projects that have received support will not only support illiteracy and retribution, but will also widen the national gap between Macedonians and Albanians, who at least had no conflict at a cultural level. Although to some extent we are glad not being in the company of such shoddy projects, however, that does not mean that we should not be ashamed of the decision of this embarrassing institution. The lists published by the Ministry of Culture are insolent and ignominious, and they should create the culture for 2019 – we are now truly afraid of the future of our country, the future of the mental abilities of its citizens, and we are afraid of the primitiveness and of the ruin that it is to come for both, as for the people and for the culture.

Illiteracy of the youth and support of non-culture are a double benefit for the state: on the one hand, money is laundered – that is, given to institutions that care to maintain illiteracy, and on the other, a greater possibility and probability of manipulation of the non-evolved minds and imposing more non-culture – because the evolved already have left or will leave the state, and those who can’t, will just isolate themselves and simply wait for their end.

Because anger pronounced on facebook will not lead to change, there is no other way for the (r)evolution of the mind, except if YOU support the great change of the system (which is not going to happen) – or at least support those projects and institutions that you think should exist – just as you support the sick people to go on treatment, because the state really cares about life, just as much as it cares about literacy (education) and culture and above all about your minds.

We will not ask for donations, but (if you want, you can do that too!) we will offer you to buy excellent books from important authors and award-winning translators. ::In Macedonia, but soon in Germany as well:: In this way, you will have different food for your mind, you will maintain quality, which the state and its servants want to destroy at all costs. 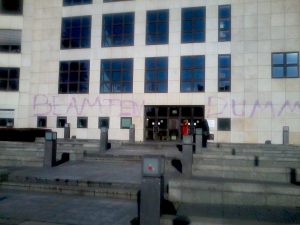 The fact that the Ministry of Culture is a state institution and that it protects different interests and, consequently, it is incapable of carrying out its activities as it stands, is spoken by Thomas Bernhard in the novel „Cutting Woods“ – translated into Macedonian by the author of this text, awarded by the Ministry of Culture of Austria in 2011.

But the best statement that explains this „state of art“ we are in, is by  William S. Burroughs::

“What does the money machine eat? It eats youth, spontaneity, life, beauty and above all it eats creativity. It eats quality and shits out quantity.”

The Ministry of culture in Macedonia is going to reevaluate the results and bring the new decision soon. Let’s see if they can finally open their minds!

We use cookies on our website to give you the most relevant experience by remembering your preferences and repeat visits. By clicking “Accept All”, you consent to the use of ALL the cookies. However, you may visit "Cookie Settings" to provide a controlled consent.
EinstellungenAkzeptieren
Manage consent

This website uses cookies to improve your experience while you navigate through the website. Out of these, the cookies that are categorized as necessary are stored on your browser as they are essential for the working of basic functionalities of the website. We also use third-party cookies that help us analyze and understand how you use this website. These cookies will be stored in your browser only with your consent. You also have the option to opt-out of these cookies. But opting out of some of these cookies may affect your browsing experience.
Necessary immer aktiv
Necessary cookies are absolutely essential for the website to function properly. These cookies ensure basic functionalities and security features of the website, anonymously.
Functional
Functional cookies help to perform certain functionalities like sharing the content of the website on social media platforms, collect feedbacks, and other third-party features.
Performance
Performance cookies are used to understand and analyze the key performance indexes of the website which helps in delivering a better user experience for the visitors.
Analytics
Analytical cookies are used to understand how visitors interact with the website. These cookies help provide information on metrics the number of visitors, bounce rate, traffic source, etc.
Advertisement
Advertisement cookies are used to provide visitors with relevant ads and marketing campaigns. These cookies track visitors across websites and collect information to provide customized ads.
Others
Other uncategorized cookies are those that are being analyzed and have not been classified into a category as yet.
SPEICHERN & AKZEPTIEREN