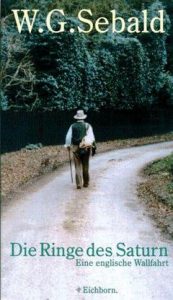 The Text in German was published at :: Literaturport in the section Leselampe ::

About the book in English :: at WIKIPEDIA

(Following translation was made with DeepL, corrected by the author) ::

Elizabeta Lindner Kostadinovska has been living in Berlin as a freelance literary translator, editor, author and artist since 2006. In 2007 she founded the literary portal Slovokult.de, a portal for Macedonian literature in German, which she edits with other literary translators. Together with Igor Isakovski, she was the co-editor and translator of German-language books into Macedonian at the publishing house Blesok in Skopje from 2008 to 2015, and organized readings with the translated authors including Ingo Schulze, Benjamin Stein, Jürgen Nendza, and Michael Krüger) as well as several book presentations. Elizabeta Lindner has translated about 30 books so far (including Thomas Bernhard, Benjamin Stein, Wilhelm Genazino, Paul Celan, Rainer Maria Rilke and many more). After the early death of the publisher in Macedonia in 2014, she founded the publishing house SlovoKult::Literatur in Berlin in 2015, and the online magazine “SlovoKult::Liteartur/a” in Macedonian in 2016, which is also available in German since 2017.

W.G. Sebald :: The Rings of Saturn. An English pilgrimage

When I visited the Berlin office of Eichborn Verlag as a participant in the Summer Academy for Translators of German-Language Literature of the Literary Colloquium Berlin in 2008, I was kindly allowed to take W. G. Sebald’s The Rings of Saturn with me after a polite request.

Just today (July 2021) I read a critical text in the NZZ about the lack of literary criticism, reminding, as occasionally others do, that mediocre books are highly praised and even called “masterpieces”, whereas probably some “true masterpieces” ¹ are at the same time ignored and saved for later times and generations. Masterpieces have also been slated. That’s why you can never really rely on book reviews.

Since I have very little time for “classical reading” (especially for novels over 200 pages), I decide very quickly, also professionally conditioned, whether I read something further, whether I pay more attention to the author or not. If it’s about German literature and I can’t contain my enthusiasm, then I absolutely have to translate the book, which means: I would definitely recommend almost all my translated books (only a few were assignments and not my first choice, but still good enough to accept the assignment). I’m sure they’ve all been reviewed in the German-language media, but even so, people tend to hold back on W.G. Sebald’s The Rings of Saturn. This prose was published in 1995 and, I think, still hasn’t gotten the attention it deserves. And that’s why I chose this book, because, as Uwe Schütte also wrote in “Der Freitag” back in 2019, I consider it Sebald’s real masterpiece.²

Sebald’s particular style has brought the narration to perfection (I personally don’t like books that need a lot of dialogues for their story/ies anyway and prefer introspective narration or indefinite/indirect discussions): It allows the train of thought to flow in a very pleasant way, while at the same time providing a very particular content. But the pilgrimage, both physical (in Suffolk) and spiritual (through humanity and being human) takes us right through recent world history with a focus on Europe’s impact: the devastation caused by wars or by business and trade, which by now seem to us to be something quite normal/natural, here get their true face and stand before us so naturally deviant that it is impossible to escape the truth. Poetized, woven into the art of storytelling, but still very natural and factual, tangibly close: seeming so real and fictional at the same time, because often the poetic truth combines with real/historical personalities. This “truth” is textually woven together in an excellent prose – complemented with illustrations that Sebald had chosen or photographed himself: they carry an additional symbolism and give the text another special feature. The context Sebald creates is at once complex and unforced, which is what distinguishes a masterpiece, I think.

And we, as readers, are the projection screens for this important performance. We go along with it, and we wouldn’t have it any other way, because the magic of language and the light-hearted way of experiencing reality and fiction in such a special context and with a clear but artfully effective criticism is something unique and never-ending – as can be read in the numerous symbolism (the rings of Saturn, the labyrinth… and at the end also the transmigration of souls). That much of what man considers factual is an error is an equally never-ending theme, which continues to play out in our reality today. Sebald has indicated this through Thomas Browne’s person and his work Pseudodoxia Epidemica (loosely translated: Irrmeinungen) ³ ,so that one does not succeed in the search for truth, but can be satisfied with the thoughts and musings, because they certainly have a meaning in these repetitive, never-ending world catastrophes.

The book has been translated into Macedonian since 2016, but for “commercial reasons” and despite paid rights, it is (still) impossible to publish this book, which in turn, in a certain sense, brings part of the content outside and forms a new “ring”: The criticism in the book embodies itself in reality and prevents the future of the book (itself) in another language, – j u s t because of incorrigible human reasons such as power (+money) and characteristics such as vanity and egoism – which are probably also behind every erroneous opinion. The spirit falls by the wayside, man feels best when he is tied to the loom – the voluntary willingness to be a slave – but what one weaves is then determined by the weaving person himself, his individuality becomes part of the whole – the world history and its further development, and also the future – which one is weaving… and which will probably end in many catastrophes.

¹ True and false – corresponds with the whole text here and also with Sebald (resp. also Thomas Browne), because catastrophes do not happen by chance, it is an ongoing process.

³ Cf. Thomas Neuner, The Reader as Wanderer, W.G. Sebald, The Rings of Saturn. An English Pilgrimage.