I believe it all started when my father stopped reading the Belgrade Politika. It was even before the 14th special congress of SKJ*. What I recall from that event is the Slovenian delegate Sonja Lokar in tears. Her dripping emotion marked the arrival of a new age.

At first flying ectoplasm appeared and took control of human minds. Then the ectoplasm developed real solid bodies, but the loam-coated skeletons proved to be the sturdiest.

Then came the androids, descendants of commander Data. They were almost like us. The word almost would cost them their lives. We exterminated them, they were too perfect. Then followed the epoch of cyborgs from distant constellations that you couldn’t reach even with the rakes from the Branko Ćopić stories with which the boy and Petrak the tramp tried to grab the Moon from the first hillock.

After the cyborgs come the five-pointed-star-people. They have no ideas, they stand for no option, and they agree to everything like Fikret Abdić. Their arms and legs and heads are the sharp points of these unusual biological pentagrams. Their task is to roll through time and space on their pointed ends. I said: they have no system of ideas, nor are they interested in others’ ideology. Once they’ve circled the Earth’s globe all they can do is repeat it all again. In the Buchenwald concentration camp, many years later I saw the pull cart with which the prisoners moved heavy blocks of black stone from one end of the camp to another. The star-people reminded me of that endless toil. Of the wheels of the camp pull cart.

Then celestial plankton settles our Earth. Flesh-eating plants form a dictatorship and sentence vegetarians to death. Left to gloat are those whose favorite vegetable is meat.

Regimes changing at laser speed, governments sinking like coins through the pinballs of old early 80s arcades. There’s another comparison from the streets that I like: rundown like a sofa.

Then awakens the seaweed – kelp. It grows in spirals and resembles DNA and RNA chains. The weed conquers the land, attacking entire cities. Civilizations disappear in a matter of days. Continents sink to the bottom of the sea and peacefully await the moment when they will be declared newfound Atlantises.

The golden age of man has passed and apes have taken things in their own hands. More than ever, progress happens backwards. The aesthetic ideal of apes is apemorphous, so now it’s fashionable to have a monkey face and their distinct dandy cocky walk. Resistance is futile. Everybody wants to be apelike.

Before all of this I used to read the Belgrade Politika. The world was black and white, stable like the Swiss franc. The Berlin Wall carried our reality on its shoulders. Our Atlas was strong and secure. Admittedly, back then I was young and I liked looking at Yugoslavia through the eyes of a child. I red the cultural attachment in Politika. I cut out Allen Ginsberg and Geo Bogza poems. I learned these foreign lyrics off by heart. I red essays and short stories. But the best of all was the last page of the paper where you could mail-order books off a long list. You write down your name, last name, address and book title, then you mail the order. The following days are full of anticipation. Nothing else compares. Not Santa Claus, not birthday presents. Thus I ordered One Hundred Years of Solitude by G. G. Márquez and Tolkien’s Hobbit from Nolit’s Raspust edition. The list also featured Early Sorrows by Danilo Kish, in which I discovered the sound of pure poetry and grief in short stories.

Where was I? Ah yes, the hard times were coming. War, then refuge, then a gun on the shoulder, then a wound, then love, then love of rakija and cigarettes. Do you know how sweet a cigarette tastes when smoked under the barrage of 60 mm caliber mine throwing grenades? You’re better off not knowing. That’s why I’m here to describe it. That was my unconscious mission: to survive, to speak, to write.

Then the dead, the wounded, the scars on the body, and those on the inside that don’t heal with time. Then books as valuable spoils of war. Reading by the light of improvised lanterns made with linseed oil stolen from electrical substations and a piece of fabric for a wick. Then books would smell like burning houses. A barn on fire would remind me of the stars of Ivan’s Apocalypse.

This is why I feverishly dream about Sonja Lokar’s tears, because they’re a weak counterweight to the raging fire. I believe it all started when my father stopped reading the Belgrade Politika. What I mean are only several beginnings, the breakup of Yugoslavia, and the war in Bosnia and Herzegovina. You couldn’t get any more from life, nor death. We signed up for the first grade of the apocalypse and continued our education.

*League of Communists of Yugoslavia 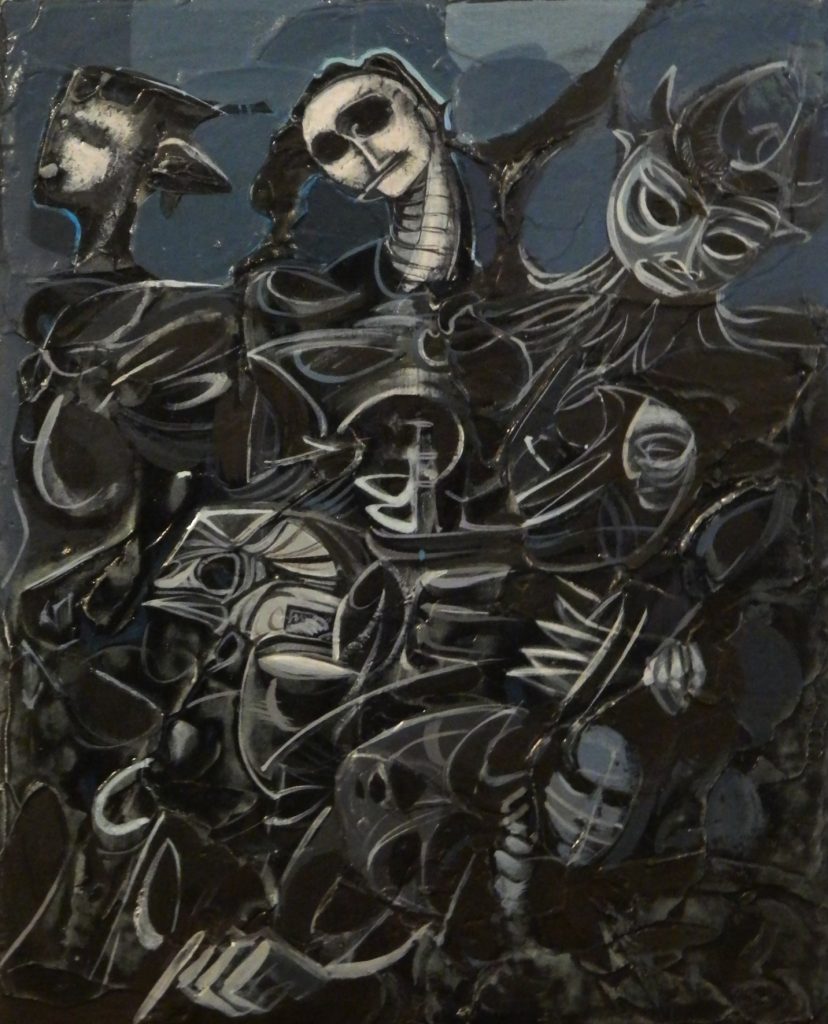 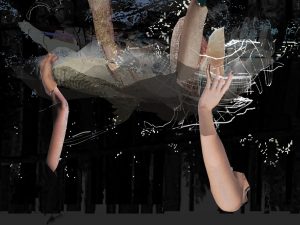